If you don't change browser settings, you agree to it.

In a project that started a few years ago, we now see we have issues in the database with the #__cck_core table

We have several records that have the same pk where they should not!

We saw it when we simulate a seblod list query in phpmyadmin :

and it gave 246 items where it should be 73 from the joomla backend. 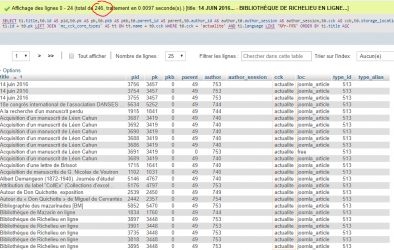 We don't have any clue where it comes but it seems we corrupted the table somehow :(

Anyway now I am looking for a way to clean the table. Since we have several records with the same PK how can I find the GOOD record (which PID ???) and delete the bad ones ?